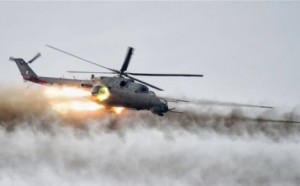 A member of Anbar GC says Iraqi forces are surrounding Daesh controlled areas from all sides in order to cut their supply lines.

A video of Al-Shaheed Al-Sadr militia preparing to advance in Anbar.

A member of Anbar GC says 1,000 volunteers will be trained for one month to join the Iraqi forces in the fight against Daesh.

Sahwa Commander says 4 new brigades of total of 4,000 tribal fighters from Anbar were formed during the last few days.

Local sources in Tikrit say life is going back to normal gradually and the Iraqi Federal Police and Iraqi Army in addition to local tribal fighters are holding the ground firmly.

Photos of the displaced families returning to Tikrit.

DaeshDaily Comment: This attack shows that “holding the ground” is not necessarily an effective strategy against Daesh. Kadhimiya is the holiest Shia area in Baghdad, and one of the holiest in the world. It is heavily guarded by all kinds of security forces and militias and the majority of its residents are Shia. That didn’t prevent Daesh, and AQI before that, from targeting it several times. Moreover, Daesh’s “ideology” is moving towards Baghdad every day. Recent Daesh videos show younger and more educated people from north Baghdad joining Daesh. These are not like the Daesh terrorists who graduated from Bucca Prison. If one out of ten young Sunni young men joins Daesh it could be disastrous.

And photos of Zakat distribution.

Daesh Daily comment: This is of course not the explanation to date for the collapse of Mosul, and some in Ninewa have personal reasons to deflect blame from themselves. The report of the Mosul investigation committee looking into what happened has not yet been issued.

DaeshDaily Comment: Daesh allowed Taraweeh last year in Mosul. And some of its supporters published photos of Taraweeh this year. However, the news about the prevention is all over Arabic (not only Iraqi) main stream media.

And photos of their terrorists in the same city.

And denies the existence of the nuclear bomb.

DaeshDaily Crosscheck: As noted in earlier DaeshDaily reports, however, the outside PMFs were sent in after Anbar officials overcame their reluctance and openly requested that the government get their help to remove Daesh.

DaeshDaily Opinion: This news didn’t appear on the MoD’s website, which shows the confusion inside the Iraqi establishment regarding the media coverage, and perhaps the management of the military operations too.

DaeshDaily Opinion: Many Iraqis we talked to recently, especially in the Iraqi armed forces, showed the same dissatisfaction with the Coalition’s role. Some say Iraqi intelligence is providing the Coalition with information and GPS locations but the response from the Coalition is very slow, if it comes at all. In addition, the accusations about the Coalition accidentally dropping supplies to Daesh in several areas continue and we don’t see efforts to encounter these accusations effectively. However, some people we talked to praised the Australian Air Force, saying they are more accurate in their airstrikes.

DaeshDaily Opinion: It is not a coincidence that terrorist activities increase after every amnesty. For example, two months ago amnesty was given by PM Abadi to local police who left their posts when Daesh captured several Anbar cities last year. Ramadi fell immediately after the amnesty, when apparently the same police officers left their positions and let Daesh terrorists enter the city without a fight. This is not to say Iraq doesn’t need a general amnesty, but amnesty should be given as part of a national reconciliation process that addresses the grievances and the concerns of all Iraqis. An amnesty should be directed to people who were accused but innocent. Iraq’s amnesties often release people who have blood on their hands but have the right political or tribal connections. Many current Daesh leaders were in prisons and then released for no good reason.

For example, the terrorist confessing in one video is now a Daesh leader in Mosul and appeared in a recent video leading a tribal gathering. His confession in the first video was obviously under threat, but that doesn’t mean he was not affiliated with Daesh at that time.

And water project in Hatra.

And destroying more graves in the same city.

It also includes some of their terrorist attacks. 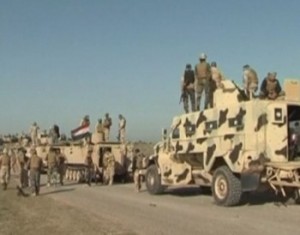 A source in Anbar Operations Command says the Golden Division killed the 4 suicide bombers before they were able to detonate themselves.

And religious classes in Falluja.

DaeshDaily Comment: A simple look at the ages of the kids attending these gatherings gives a very dim perspective about Iraq’s future. Even if Daesh gets defeated today its ideology will continue if the Iraqi politicians don’t take this problem seriously.

A security source says Daesh launched a major attack on the Iraqi forces in Fatha and dozens of Daesh terrorists and Iraqi soldiers were killed including a PMFs commander.

Another security source says the attack was with a car bomb. He also says another car bomb exploded in Siniyya killing 2 PMFs fighters and injuring 4.

Al-Sumariya TV publishes photos of the airplane that took the body to Jordan.

DaeshDaily Comment: The Militias already have their own war media unit and it covers the wars in Iraq Syria and Yemen. Their website has only two languages: Arabic and Farsi. 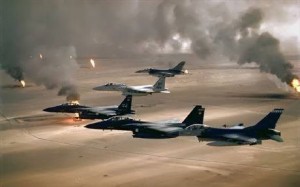 The Commander also says the American A-10 has launched its first airstrike on a Daesh convoy between Tal Afar and Mosul killing more than 100 terrorists.

DaeshDaily comment: If true, this would hardly be surprising given previous experience in Mosul.

DaeshDaily comment: Taken at face value, this would mean that 25% are still cooperating. 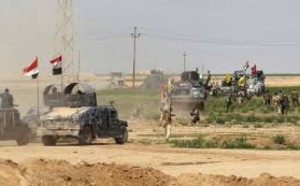 DaeshDaily Comment: Education is a major concern for Iraqi citizens trapped in areas under Daesh control. The Iraqi government will not recognize the results of exams in those areas and the students have already lost a year or two of their education. The government will have to address this issue and provide solutions for the students and their families.

Daesh claimed responsibility for the attack.

The Anbar Police Commander arrived at the Council to check on the security situation after the attack.

Daesh says 3 of its suicide bombers attacked Ameriyat and killed the mayor of the sub-district.

The Chairman of the Security and Defense Committee in the Iraqi Parliament says Iraqi forces are controlling and isolating the areas around Ramadi. He also says Ramadi liberation battles might get delayed but not for a long time.

DaeshDaily Comment: Iraqi Federal Police has many active units, like the Commandos and the Suqour Intelligence Cell and others, that participate in the fights against Daesh.

DaeshDaily Comment: Daesh basically destroyed the industries in Aleppo and the areas around it. 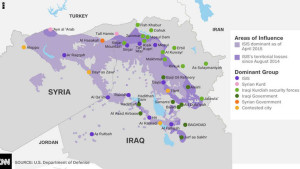 DaeshDaily Comment: We have to be careful with the numbers of Daesh casualties published by Iraqi official sources. Some sources say old Baathist journalists were recruited by the Iraqi government to publish the battle news (because of their experience in manipulating the truth). However, Daesh is actually losing ground in Iraq and the best they can do is qualitative operations that attract the world media (like Baiji Refinery and Ramadi downtown). Most likely they will try more of these operations, especially with the month of Ramadan coming.

DaeshDaily Comment: Daesh is still presenting itself as a state that provides services to its “citizens”. Its main goal is to recruit more young people from all over the world. The reality is entirely different. In Iraq, Daesh is using the Iraqi government’s offices and employees to do their work, and if the Iraqi government stopped paying salaries to government workers, Daesh would not be able to do much. Services are much worse in Syria. Still, the recruitment campaign goes on. 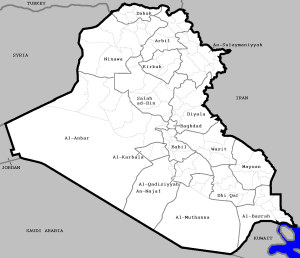 An Iraqi expert says this renewal of allegiance was a response from Daesh to the appearance of Al-Nusra leader on Al-Jazeera. He also says Daesh requested renewal in many cities it controls in Iraq.

DaeshDaily note: Contrary to impressions from some media outlets, this gathering was not a significant event. The powerful tribal leaders are mostly outside Falluja; the “sheikhs” in the gathering are basically powerless. Daesh is driving the relationship with tribes in its areas of control, since they can force cooperation. None of them could say No to such a Daesh invitation; it would simply mean death. In general, Daesh doesn’t like power competition from tribal leaders and tries to keep them in place, but now they feel increasingly trapped and want to seem bigger than they really are.

The Chairman of Anbar GC says Iraqi Joint Forces are preparing to launch an attack to retake the Dam. An Iraqi security expert says Iraqi forces might bomb one or more of the Dam’s gates.

Diyala MPs say the resent this decision and ask the local government in Kirkuk to stop the procedures.

Services in the same city.

And the military airbase there.

A source in Anbar Operations Command says Iraqi forces managed to stop a Daesh attack on the headquarters of the 2nd Regiment of the Iraqi Rapid Intervention 1st Division. The terrorists tried to use a shovel bomb and an armored vehicle but the Iraqi forces destroyed them using Russian Kornet rockets and forced Daesh to retreat.

A security source says 4 Daesh terrorists were killed and 4 of their vehicles destroyed in their failed attack on the 1st Division in Nuaimiya south of Falluja.

A source in Anbar Operations Command says more Iraqi forces and PMF reinforcements have reached the Japanese Bridge area in north Falluja. He says the bridge is completely under the control of the Iraqi forces.

The PMFs say 10 Daesh terrorists were killed in an ambush south east Baiji.

The Deputy Governor of Salahuddin says Baiji District will be liberated in the next two days.

An MOI source says 3 people were killed and 8 injured in a car bomb explosion also in Bayya’.

Another MOI source says one civilian was killed and five injured when an IED exploded near a wholesale market in Saidiya, south of Baghdad.

A security source say one civilian was killed and 7 injured in an IED explosion in Al-Furat area in south east Baghdad.

And electricity services in Hawija.

The official also says Daesh terrorists are training 172 children from Mosul without their families’ approval.

A member of Anbar GC confirms the news about Daesh military gatherings.

The MoD also says the 16th Iraqi Army Infantry Brigade killed 4 Daesh terrorists in Jubba area near Ramadi. A local PMFs commander says one was a Syrian responsible for the military operations in east Falluja.

A source in the Iraqi Police says they arrested a Daesh terrorist in Mada’en and confiscated weapons and ammunition.

A security source says one civilian was killed and 7 injured in an IED explosion near a popular market in Shaab in east Baghdad.

A source in the MoI says an Iraqi police captain was killed when a sticker IED exploded in his car in Ghazaliya in west Baghdad.

Another source in the MoI says an IED exploded near a popular market in Bayya south of Baghdad killing 2 people and injuring 4.

A security source says the Iraqi police arrested a terrorist on Haifa Street in downtown Baghdad and found weapons and IEDs in his house.

Daesh publishes a video and photos about the Coalition airstrike in Hawija. Daesh says the airstrike killed 150 civilians.